The episode is not available for public viewing online, it is only available on Netflix.

Using Farrah's re-creation powers, Crystal and her friends learn the curse's only cure, leading them on a scavenger hunt to four royal palaces.

Blondie Lockes: Blondie Lockes reporting live outside Ever After High where the weather is just so not right! And if the storm outside wasn't bad enough... It's twice as bad inside!

Hopper Croakington as a frog: Ribbit.

Blondie Lockes: If the Snow King wanted to blow us away with his blizzard powers...This reporter says "mission accomplished!"

Jackie Frost: I know! He made his Queen into an ice sculpture, changed half his servants into penguins, and took away his daughter's wand of power! He's close to a snow blowout! Then we will rule winter! We just have to keep an eye on the lazy princess. Then winter will be ours.

Ashlynn Ella: Crystal, whatever are we going to do about this weather?

Crystal Winter: I'm sorry, but without my wand there's nothing I can do!

Briar Beauty: Her powers are totally in the deep freeze!

Raven Queen: Nevermore has never been in such demand!

Apple White: Your dad breezed out so fast on career day. Has he always been so... stormy?

Crystal Winter: No. He was the polar opposite. At least we know he as been cursed. I wish Baba Yaga had gotten more time to examine him.

Ashlynn Ella: Wish... that gives me an idea!

Faybelle Thorn: Headmaster Grimm set me up for a royal fairy fail! *wind blowing* *gasps* *groans* It'll take forever after to clean up this castle myself. There has to be a way to get it done without actually...*shudders* working. Castle cleaning...castle clenaing... Ah-ha. *reads* "Call 1-900-FAIRY-MOB. The Fairy Mobfather makes problems disappear".

Rosabella Beauty: How're you doing Daring? Thought anymore about our chat? You know, things you need to work on...?

Daring Charming: Oh yes! And as soon as my new mirror arrives, I am going to take a good, hard look at myself!

Daring Charming: Disaster! What do I do? Ah! Of course! "Daring Charing to the rescue!

Daring Charming: The mirror is safe! Everyone can relax.

Rosabella Beauty: Hmm. Are you all right?

Rosabella Beauty: Daring... You're supposed to be a hero, helping! Not just looking down your nose at, uh... at the little guys.

Raven Queen: I can't believe it!

Daring Charming: I know, it's the biggest mirror I could order! Heh!

Ashlynn Ella: So Crystal was wishing that we could turn back the clock, to when the Snow King stood right here. And I realised that there is a way! But we need everyone here to help. Especially Farrah.

Baba Yaga: Farrah, did you bring your wand?

Ashlynn Ella: Wow! It looks like we're right back at Royal Career Day!

Farrah Goodfairy: Thank you! Been practising!

Ashlynn Ella: Everyone, look for clues.

Blondie Lockes: How long can you keep up this illusion?

Baba Yaga: *gasps* That is the tiniest granual of pure evil that I have ever seen... It's made from a shard of the Evil Queen's magic mirror.

Baba Yaga: Someone close to the Snow King is behind this. This evil speck landed in the King's eye, cursing him to only see bad in the world. It seems your mother also was infected. *magical whoosh*

Crystal Winter: My poor parents! We have to help them or this wicked winter will last forever!

Snow King: *stamps staff* Hurry up, servant. I want my boots to shine as much as my queen does.

Servant: Y-yes, your majesty! All done!

Servant in Snow King's eyes: You're a big dumb icicle with a snow-cone for a brain!

Snow King: Everyone is plotting against me, my dear. Even our own daughter. Well, let them try! *evil laugh*

Part two of the movie is available on Netflix only but here is the premiere of the movie. 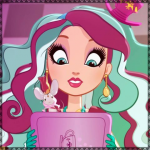 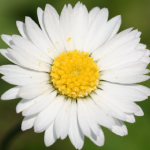 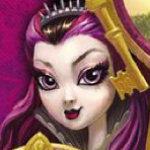