Dr. King Lance Charming is a reporter with Ever Action News and the father of the Charming siblings. He is also a staff member at Ever After High, teaching Heroics 101 and Advanced Wooing.

King Lance Charming is a rather strict father with very high expectations for all his children. As a reporter Lance reports on school matters or about the students endeavors, he has reported on the Thronecoming Festival, the Spring Fair-est and the closing of The Marsh Pit.

Dr. Charming is a brave teacher, leading his students as they perform heroic deeds, such as tracking down swamp trolls. He also cares about his students' well-being. When Hopper turned into a frog and was taken by a witch, Dr. Charming cancelled the rest of his class so that he and his students could rescue Hopper.

Lance has dark blonde hair and a mustache with light streaks. His eyes are grey-blue.

King Lance Charming is the father of Daring, Dexter and Darling Charming. He dislikes that his daughter Darling would perfer to be a hero instead of a damsel-in-distress, but he is still proud of how beautiful and ladylike she is, and how well she does in school. Dexter doesn't often please his father as he isn't as good at his father's school subjects, but Lance always reminds Dexter that he has to be only the second best. Lance is very proud of his eldest son Daring, who is spectacular in all the princely school subjects.

Dr. King Charming must communicate with Maid Marian, who is the teacher of Damsel-In-Distressing class, since some of Maid Marian's lessons involve scenarios where princes are needed. Many princes are enrolled in Dr. Charming's classes, where they are sometimes busy performing heroic deeds or sorting out mishaps, and cannot make it to help the princesses. When this happens, he sends Maid Marian an arrow message to let her know.

Hopper is a student of Heroics 101. There are many other princes in Dr. Charming's classes.

He is married to Queen Charming. When he was younger, he had a crush on Goldilocks and they went to a school dance together.

When young, he was a close friend of Pinocchio, who supported his relationship with Goldilocks. He's also friends with Pied Piper and Mad Hatter.

He can swoon or woo any woman.

Lance reporting on The Marsh Pit 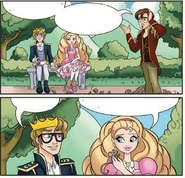 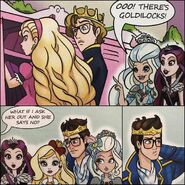 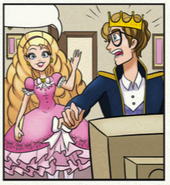 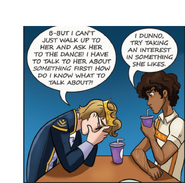